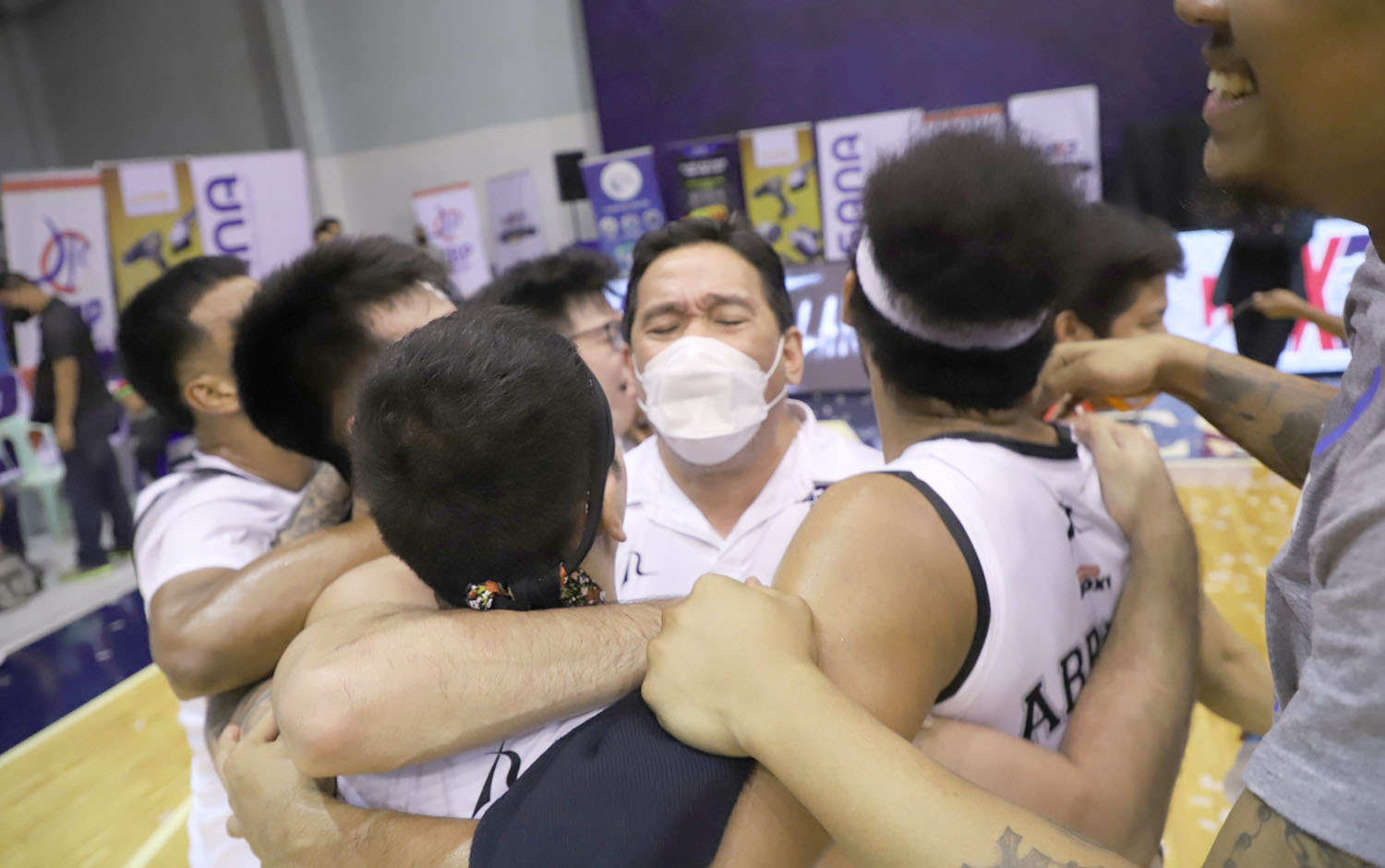 Pioneer players celebrate with their coach

Pioneer Pro Tibay completed an unlikely championship run after holding off Sista, 12-10, Wednesday, to rule the second conference of the PBA 3×3 at the Ynares Sports Arena in Pasig City.

Gian Abrigo, Christian Rivera, Robin Rono and Carlo Escalambre played heads-up basketball and got off to a strong start before needing key stops in the final seconds of the Grand Finals to complete the Pro Tibay’s Cinderella finish.

Cheered on by overzealous supporters that included Chairman and CEO John Spakowski II, Pioneer emerged as best among the best despite failing to win a single leg since the PBA’s halfcourt competition began last November.

The Pro Tibay, coached by Lester del Rosario, settled for runner-up finishes in Leg 3 of the first conference and Leg 6 of the second conference.

Pioneer placed fifth after six legs and had to go through the pool stage in order to reach the knockout stage, splitting its two assignments in Pool A.

But Pioneer had to wait another week when a fire that broke out inside the Smart Araneta Coliseum forced the initial phase of the Grand Finals last April 20 to be suspended.

Abrigo dealt Limitless, whose roster composed of Brandon Rosser, Jorey Napoles, Reymar Caduyac and Marvin Hayes will represent the Philippines in the Southeast Asian Games, a shock exit by knocking down a two-pointer in the extension.

It was a similar ending in the semis as Robin Rono connected a two-point shot which sent Pioneer to the title game.

Sista, represented Rain or Shine of Raymond Yu and Terry Que, settled for the runner-up prize of P250,000 after also having to go through the wringer as the ninth-place finisher entering the Grand Finals.

Jan Jamon, JJ Manlangit, Kenneth Mocon and Jamil Gabawan won all two games in Pool A, including one against Pioneer before surviving Meralco, 16-15, in the quarters.

Sista would reach the finals after edging out TNT, 13-12, in the semis on Jamon’s layup at the buzzer.