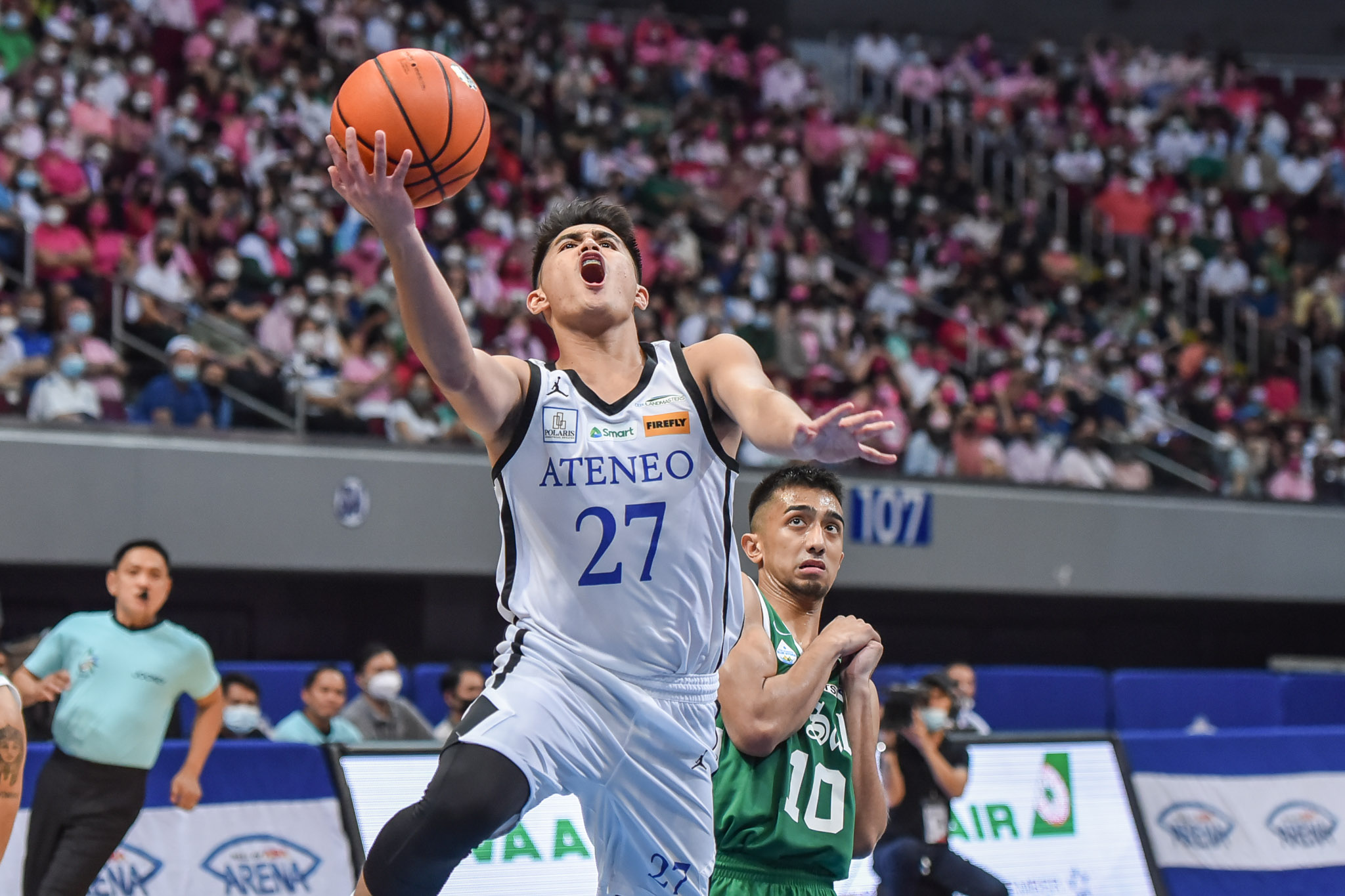 Ateneo guard SJ Belangel is set to take his talent to South Korea, making him the first Filipino to suit up in the Korean Basketball League (KBL) as an Asian import.
Naver Sports reported Monday, June 6 that the Daegu Korea Gas Corporation (KOGAS) Pegasus has recently agreed to a contract with the 22-year-old Belangel.
The contract is good for the 2022-23 season as the Gilas Pilipinas stalwart has “even completed drafting a provisional contract.”
The report added that an official announcement will follow as soon as Daegu KOGAS makes the official contract, which is the last requirement remaining.
“In the meantime, there were many twists and turns while pushing for the recruitment of Bellangel. I tried to catch it at my university, and there were also offers from professional Philippine teams,” said an official from Daegu Kogas in a rough Google translation.
Part of the offer is that Belangel’s family can also come with him in Korea.
Belangel, who hails from Bacolod, said on Sunday, June 5 that he has yet to sign an official contract with a KBL team but confirmed that the offers were coming from Korean teams.
The Ateneo combo guard, who still has two more playing years in the UAAP, also added that he has to weigh in the pros and cons before making a final decision. He just finished his undergraduate studies.
Belangel averaged 9.86 points, 2.64 rebounds, 3.21 assists in the UAAP Season 84 where the Blue Eagles finished first runner-up.