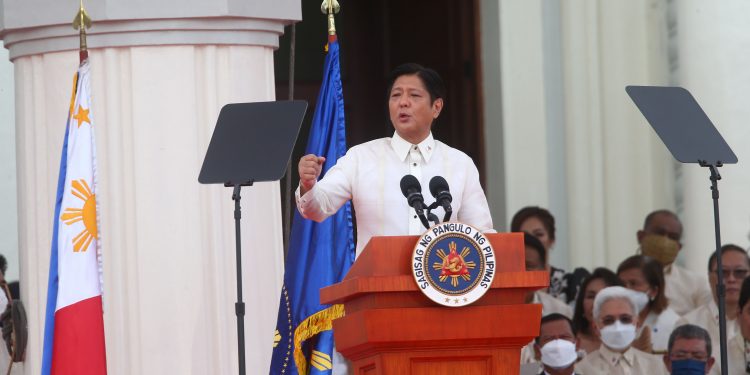 The Philippine Olympic Committee (POC) expressed invigorated confidence that sports will have its prominent nook in the administration of President Ferdinand Marcos Jr.

“We are thankful to the new administration, to President Ferdinand Marcos Jr., for putting sports on a rightful platform in his administration,” said POC President Rep. Abraham “Bambol” Tolentino moments after Mr. Marcos’s inaugural speech at the National Museum on Thursday.

“The POC, and the whole of Philippine sports for that matter, is more hopeful now that our athletes will be given more priority and attention under President Marcos,” Tolentino said.

Twenty-five athletes and coaches in wushu sepak takraw, jiu jitsu, judo, kurash, shooting, rowing and gymnastics marched during the military civic parade honoring the oath-taking of Mr. Marcos as the 17th president of the Philippines.

“The athletes’ inclusion in the parade signals how serious President Marcos’s outlook on sports will be,” Tolentino said. “Sports is a tried, tested and certified unifying factor among us Filipinos—time and again, we unite each time our athletes compete, and win, abroad.”

The Philippine Sports Commission coordinated the athletes’ inclusion in the parade that included key government installations, including frontliners who fought Covid-19 during the pandemic.

Mr. Marcos’s predecessor, former President Rodrigo Duterte, has always recognized the contribution of Filipino athletes to his administration, honoring them with recognition and incentives in Malacanang.