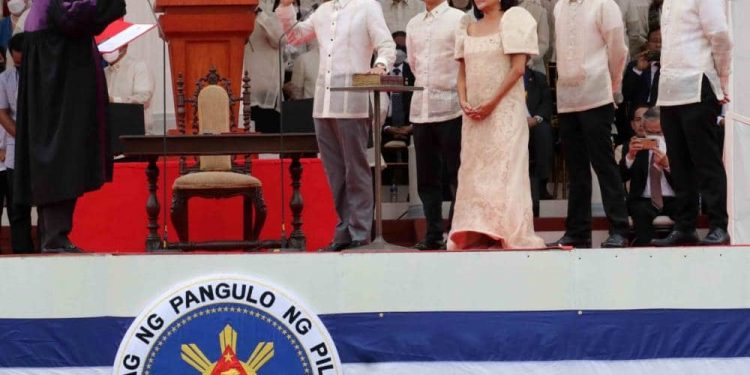 The inauguration of President Bongbong Marcos was among the biggest events of the month, with many people eagerly taking part in the celebration wherever they were.

Some actually trooped to the National Museum to watch it live.

Others simply listened to the radio or watched it on TV.

And there are those who followed the blow-by-blow on various social media sites.

Of course, part from what we’ve heard or seen, there’s more to the event.

And this is what Senator Imee Marcos is offering fans on her YouTube channel: Never-before-seen sidelights of the inauguration of her brother.

Note, the whole shindig was like a family reunion of sorts, with Imee’s sons Borgy, Attorney Michael, and Governor Matthew Manotoc in attendance.

It was star-studded as well, with appearances by Dawn Zulueta-Lagdameo and Toni Gonzaga-Soriano.

Imee said, “It really was a family reunion of sorts after all the lockdowns because of the pandemic. That day was crazy. We were in complete attendance and I felt that almost everyone was in a rush. It was almost impossible to enjoy the occasion and I’m lucky to have a handful of light and fun moments with my family and the guests whom I haven’t seen in quite a while.”

Meanwhile, on another vlog entry, Imee gives in to fan request and does a food crawl of Davao City.

Apparently, the success of Imee’s Binondo restaurants round-up with her son Borgy spawned this special vlog.

Among others, the senator visited iconic culinary destinations such as Crocodile Farm to try its famous ice cream that is made out of crocodile eggs; Dods Ihaw Ihaw to sample its delish tunas; Sana’s Carinderia which is known for its succulent beef tapa and bulalo; Torres Ihaw Ihaw which is a favorite spot of seafood lovers; and Roxas Market that features a variety of fantastic eateries that boasts of Davao’s best homegrown dishes.