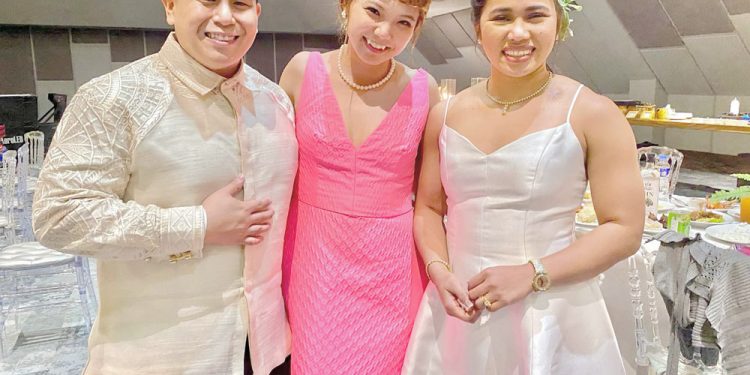 Several sports icons graced the wedding of Tokyo Olympic gold medalist Hidilyn Diaz and Julius Naranjo on Tuesday, July 26, at the St. Ignatius Church at the Philippine Military Academy in Baguio City.
Diaz and Naranjo’s friends in the sports circle have shown support and expressed their best wishes to the newly-wed couple as seen on several social media posts.
World Games karateka champion Junna Tsukii shared a series of posts on Instagram and congratulated both Diaz and Naranjo for the wedding, exactly a year since the Zamboanga native weightlifter won the country’s first Olympic gold medal in Tokyo, Japan.

“[C]ongratulations on your best weddings and first year anniversary of historic Olympic gold medals! Thank you for inviting me to this wonderful moment,” wrote Tsukii.
“I am so proud of the inspiration and hope that you guys have always given to the hearts of so many people. I sincerely wish you both eternal happiness and more success in the future.”

Already richer by P1.2 M for his bronze, Obiena stands to receive more

Already richer by P1.2 M for his bronze, Obiena stands to receive more