Kai Sotto, 36ers out to prove worth vs 2 NBA teams 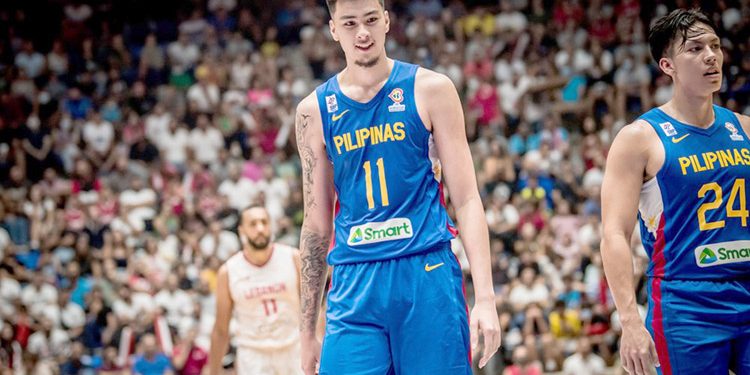 Kai Sotto will get a chance to see how he fares against NBA level of competition when his Adelaide 36ers take on the Phoenix Suns and the Oklahoma City Thunder as part of their preseason buildup for the 2022-’23 NBL season.

The games are part of the NBAxNBL pre-season games slated in October, Adelaide announced on Friday, Aug. 26.

The 7-foot-3 Sotto, who went undrafted in the NBA 2022 Rookie Draft before deciding to re-sign with the 36ers for a second season, can now gauge himself against the likes of legitimate NBA big man talent Deandre Ayton and Suns stars Chris Paul and Devin Booker and Thunders rising stars Shai Gilgeous-Alexander and Josh Giddey.

The 36ers are set to fly to US to face the Suns on Oct. 2 at Footprint Centre before they square up against the Thunder on Oct. 6 at the Paycom Centre.

“We are honored to participate in the upcoming NBA preseason schedule for the third time, after previously playing the Utah Jazz in 2018 and 2019,” said 36ers owner and chairman Grant Kelley in a statement.

“We always want to test ourselves against the best, and for basketball that is the NBA.  This is a fantastic opportunity for the club both on and off the court and one that will open doors for our organization,” he added.

Sotto has yet to rejoin the 36ers as he is still with Gilas Pilipinas, playing alongside NBA star Jordan Clarkson in the fourth window of the FIBA World Cup Asian qualifiers. He finished with 11 points and eight rebounds in the Philippines, 85-81 loss against Lebanon.

Sotto and Gilas are set to host Saudi Arabia on Monday, Aug. 29, at the Mall of Asia Arena.