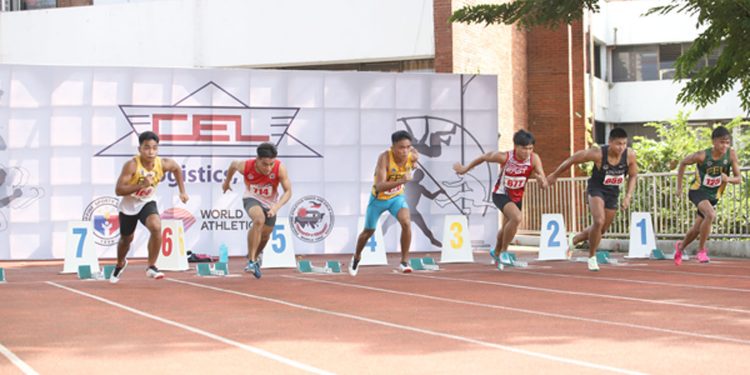 Abcede Agamanos of Team Eskolar and Edward Flores of University of the Philippines emerged as two of the best performers in the recent Patafa Weekly Relay Series Week 5 at the Philsports Track and Field Oval.

Agamos leapt to a distance of 12.98m meter to better the PH mark of 12.92 registered by Fil-American Marisa Kwiatkowskiin 2018 in Sacramento, USA. Agamos’ record, however, has been disallowed by Patafa, meaning no record was shattered.

Patafa said there was a big difference as the measurement still has to be ratified before it becomes an official PH record.

Flores, on the other hand, topped the men’s 5,000 meter run in a personal best of 15:36 as they led the march of the favorites to the podium in the event sponsored by the Philippine Sports Commission and CEL Logistics

The weekly relay series is part of the elite athletes’ preparations for the upcoming UAAP, NCAA and National Open.

“It was great to see the participants of the PATAFA Weekly Relay Series continually improving in their performances through this event. We expect more improvements from them in the weeks to come as we move toward the culmination of this series,” Patafa president Terry Capistrano said.

After hectic sked, it’s time to play and enjoy for EJ Obiena