Jordan Clarkson: Olympics, we’ll be there sooner or later 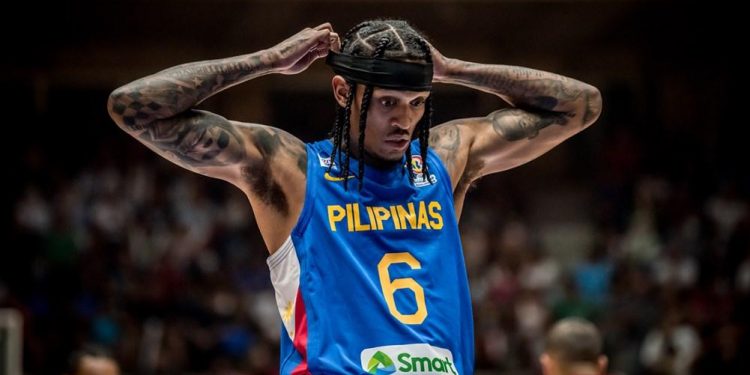 Jordan Clarkson is convinced Gilas Pilipinas has what it takes to return and play in the biggest sporting stage – the Olympics.

For the uninitiated, the Philippines had not played in the quadrennial event for 50 years already.

In his recent ‘Manila Man Ep. 4’ vlog, the Fil-Am who suited up for the Gilas Pilipinas in the fourth window of the FIBA World Cup Asian Qualifiers was delighted with the support they received at home in their win against Saudi Arabia, 84-46, to end the August window.

That’s why the former NBA Sixth Man of the Year winner is hopeful it will lead them back to the Olympics.

“Manila (has) been lit. They packed the stadium out tonight. That was crazy, the energy was crazy. Do I have big dunks? Just the start of something new for us, start of something good. Hopefully, we’ll be back for the World Cup, prepare for that and you know, get ready for the Olympics. We’ll be there sooner or later. That’s the goal,” said Clarkson.

The last time the Philippines ever made an appearance in the Olympic basketball was in 1972 in Munich, Germany which – an edition darkened by a spate of unfortunate events starting with the terrorist attack that claimed the lives of two Israeli players followed by the controversial refusal of the USA to accept their loss to the Soviet Union in the final.

In 2015, however, the Gilas Pilipinas came close to returning to the Olympics after its runner-up finish against China. Too bad only one slot was allotted to Asia that time.

There was also an opportunity to play in the Tokyo Games after New Zealand’s withdrawal. But the quest ended in a 94-67 loss against Dominican Republic.

Despite gallant attempts in the past,

Clarkson is committed to play for Gilas in the 2023 FIBA World Cup but he won’t be available for the two other windows, including this November and the 2023 SEA Games due to his commitment to his NBA team – the Utah Jazz.

LINK of the vlog:

Malonzo and Pessumal going to Ginebra, Chan and Tolentino to NorthPort

Malonzo and Pessumal going to Ginebra, Chan and Tolentino to NorthPort