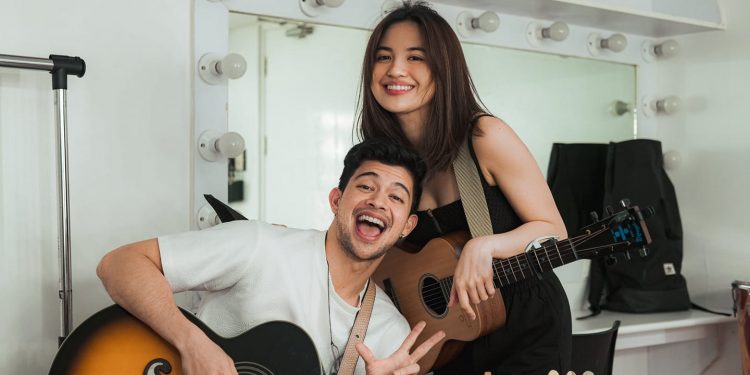 Fans eager to see more of Julie Anne San Jose and Rayver Cruz are in for a treat. The two are joining forces via “JulieVerse,” a musical extravaganza.

According to Oliver Victor Amoroso, First Vice President and Head of GMA Regional TV and Synergy and Acting Head of GMA Integrated News, the effort is about making the most out of the duo’s apparent chemistry.

“This isn’t just because they’re popular,” he said. “That’s only half the story. It’s about the two bringing out the best in each other.”

“Una naming nakita ito sa ‘Limitless: A Musical Trilogy’ and I must say parating there’s something magical when they perform together. So, we thought, why not come up with something that would feature them both? Now, we have this. An original concept titled ‘JulieVerse’ which we offer not only to JulieVer shippers but to fans of great music and live concerts,” he added.

Both Rayver and Julie are excited about it this early.

“We can’t wait to show fans what we have in store for them,” said Julie.

“Prepare to get kilig with the special numbers we have in store for you, guys,” gushed Rayver.

Joining the two in the concert happening November 26 at the the Newport Performing Arts Theater as directed by Paolo Valenciano are fellow Sparkle artists Kyline Alcantara and Mavy Legaspi.