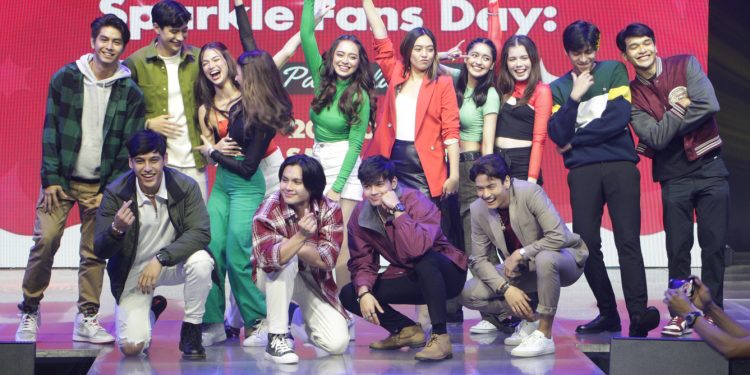 It is their way of giving thanks to loyal supporters.

Serenading the fans to the Network’s Christmas Station ID song “Love is Us this Christmas” were the grand champions of The Clash Seasons 2, 3 and 4, Jeremiah Tiangco, Jessica Villarubin, and Mariane Osabel together with “The Clash” Season 2 first runner-up Thea Astley, Kapuso girl group XOXO members Danielle May Ozaraga and Melbelline Anne Caluag, and the talented Sparkle cutie Mitzi Josh.

One of Sparkle’s hottest actresses, Elle Villanueva, expressed her gratitude to everyone for the successful run of “Return to Paradise.”

Well-loved Sparkle love team Sofia Pablo and Allen Ansay of Team Jolly drew loud cheers from the fans while Shayne Sava surprised everyone with her powerful performance of “Wildest Dreams.”

Kapuso Gen Z Pop Star Zephanie closed the Sparkle Fans Day with her “Give Love on Christmas Day” performance. Also completing the star-studded event is the much-awaited raffle for the supporters.

After years of no physical contact, the biggest Sparkle Fans Day is indeed the best way to get together and welcome the start of the holiday season.