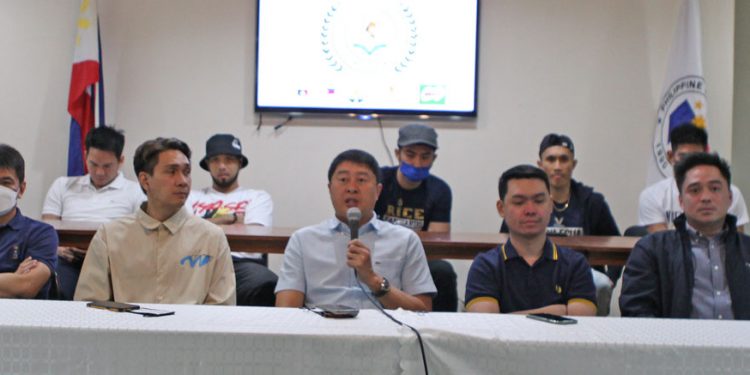 There’s more than just the title and the bragging rights that will be disputed in the MPBL (Maharlika Pilipinas Basketball League) Season 4 National Finals between Nueva Ecija and Zamboanga Family Brand Sardines.

According to MPBL lead executive Joe Ramos, the winner of the best-of-five title series beginning on Friday will be awarded a golden trophy worth P14 million.

On top of this, members of the victorious team will receive championship rings easily worth P100,000 each. The title series begins on Friday at the Nueva Ecija Coliseum in Palayan City.

“Aside from the trophy with three kilos of solid gold, 22 sets of championship rings will be awarded,” Ramos told Tuesday’s Philippine Sportswriters Association Forum at the Rizal Memorial Sports Complex.

“Every year we have a new trophy made and is awarded to the team owner,” added Ramos during the forum presented by San Miguel Corporation (PSC), MILO, PSC, Philippine Olympic Committee, and the Philippine Amusement and Gaming Corporation (PAGCOR).

“Napakadaming tao. So, we need additional crowd-control. In the quarterfinals and semifinals, it was already difficult to control the crowd. Lalo na ngayon na national finals,” he said.

Both coaches vowed to give their best.

“Ibibigay namin lahat,” said Cabiltes, whose wards dropped Game 1 of the North division finals against San Juan before sweeping the next two games to advance to the National Finals.

For his part, Ycasiano embraced the “underdog” tag, and doesn’t mind comments that the winner between Nueva Ecija and San Juan would emerge as the national champions.

“Hindi ko iniisip yun. I only mind what’s happening inside the court. I just tell my players that nandito na kami and that we were made for this. We will be there fighting. We will do everything,” he said.

When sound is the enemy