by Tempo Desk
in pba
0 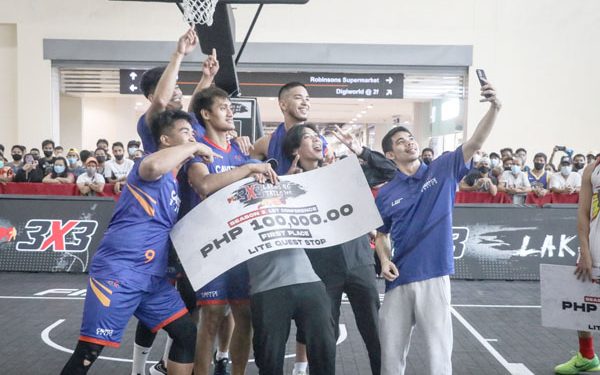 Cavitex seeks a fitting follow up to its maiden leg title in the PBA 3×3 as the First Conference of Season 2 resumes Saturday at Robinson’s Las Pinas after a week’s break due to Super Typhoon Karding.

The Braves lead Pool A for Leg 3 and will parade the quartet of Jorey Napoles, Bong Galanza, Dominick Fajardo and Tzaddy Rangel. They beat the San Miguel Beermen two weeks ago for their very first leg title in the standalone tournament.

Cavitex was looking to make it back-to-back last week, but Karding lashing through Central Luzon led to the postponement of the two-day meet at Robinson’s Place Antipolo Extension.

Joining the Braves in the group are Pioneer Elastoseal Katibays and Terrafirma 3×3.

The Beermen, meanwhile, headline Pool B with Blackwater Red President and Barangay Ginebra.

In Pool C is Leg 1 winner TNT, Platinum Karaoke, and NorthPort, while Meralco, J&T Express, and Purefoods Titans are bunched in Pool D.

The Tropang Giga are out to stop the Braves from completing a back-to-back leg crown as they’re set to bring in Gryann Mendoza for the first time this season for big man Lervin Flores.

Reymar Caduyac also returns to action in Season 2 by suiting up for new team Meralco in lieu of Kenneth Mocon. The pride of Libona, Bukidnon is coming of a hand injury following his stint with multiple leg champion Limitless App.

Other teams parading a new roster include Blackwater Red President, who are tapping Alfrancis Tamsi and Maclean Sabellina for Richard Escoto and Jeff Javillonar, J&T Express will have Robin Rono in lieu of Marvin Hayes, NorthPort Batang Pier with Wilson Baltazar and Dexter Zamora for LA Revilla and Luke Parcero, and Platinum Karaoke with Yutien Andrada taking the place of Brandon Bates.

Cavitex kicks off its title bid against Terrafirma 3×3 in the first of another 12-game bill on opening day of Pool play.

The top two teams in each pool get to advance in the knockout stage on Sunday, where the sole surviving team gets to win the champion prize of P100,000.