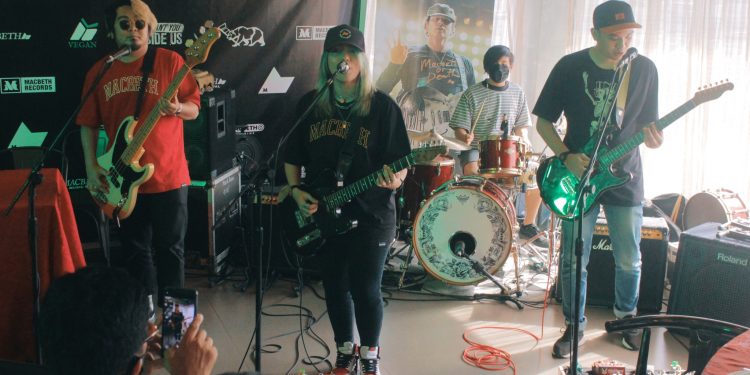 Macbeth, the premier clothing and footwear brand created by artists for artists is celebrating its 20 years in the business.

It is doing so, staging a mammoth shindig merging fashion and live music.

Beyond that, the event also serves as launchpad of the Lady Macbeth and Macbeth Underwear line.

For every single purchase receipt of any Macbeth merchandise worth 1,200 pesos, one can avail of a free show invite.

You may also score 1 show invite for only 600 pesos.

Here are the rules:

• For the fully vaccinated only

• Below 13 years old are not allowed to enter.

• Re-entry allowed for those with wristbands.

• Organizers reserve the right to request proper identification when age is in doubt.

• Dangerous items are not allowed, including but not limited to sharp objects.

• Firearms are not allowed.

• Organizers will not be responsible for any loss of property during the event.

• Drugs and other prohibited substances will be confiscated and will be surrendered to the police.

• Excessive rowdy behavior will not be tolerated.

• In case of emergency organizers shall bring the victim to the medical team.

• Violators will be ejected immediately from the event.

• All VIPS and Artists will have a common entrance/exit area For Food Concessionaires – No pointed objects like sticks, forks, glass, etc.