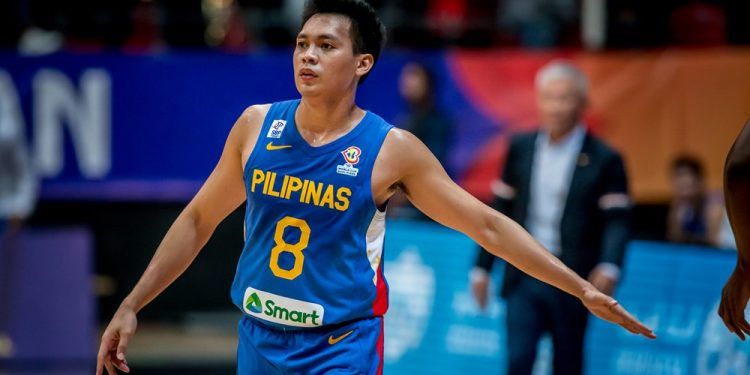 Scottie Thompson’s 6-foot-1 frame may not be the most imposing for Gilas Pilipinas but there was no doubt that he played big as he figuratively towered over the taller and heftier Jordanians.

The reigning PBA Most Valuable Player put up his best game for Gilas Pilipinas, flirting with a near triple-double to power a huge second half breakaway and take a convincing 74-66 victory over Jordan to open the fifth window of the FIBA World Cup Asian qualifiers at the Prince Hamzah Hall in Amman in the wee hours of Friday, Nov.11.

Without a natural point guard for the Filipinos, Thompson stepped up and orchestrated the assault with an all-around effort of eight points, 13 rebounds and eight assists while Kai Sotto also provided a huge lift in the final two quarters when Gilas tightened up their defensive screws to take full control of the contest, silencing a once rowdy home crowd in the arena.

The 7-foot-3 center topscored for Gilas with 16 points apart from posting seven rebounds, two assists and two blocks all while holding his own against the wide-bodied Jordan center Ahmad Al Dwairi.

Ray Parks also finished with 13 points built on three triples while CJ Perez reintroduced himself in his return to Gilas duty with 11 points and five assists.

The Filipinos came out strong in the second half especially on the defensive end as they tried to recover from a horrendous second quarter when Gilas allowed Jordan to take a 41-37 lead at the half.

Gilas put the clamps down on Jordan in the third frame when it held the home team to only four points for more than eight minutes while finally getting their groove on the other end of the floor.

Thompson ran the offense smoothly as the Nationals went on a 7-0 run to build a 53-45 lead and seize control from there.

Gilas outscored Jordan 21-10 in the pivotal quarter before Perez and Sotto put on the finishing touches in the final frame, even stretching the lead to as high as 13 points, 71-58 with a little over three minutes left in the contest.

Naturalized player Dar Tucker paced Jordan with 23 points while Al Dwairi had 18 points and 16 rebounds although the Gilas defense forced him to commit 10 turnovers.

Gilas improved to a 4-3 record in the standings while Jordan fell to a 3-4 slate.

Up next for the Filipinos is another road game this time in Jeddah when it takes on Saudi Arabia on Nov. 14 (Manila time).