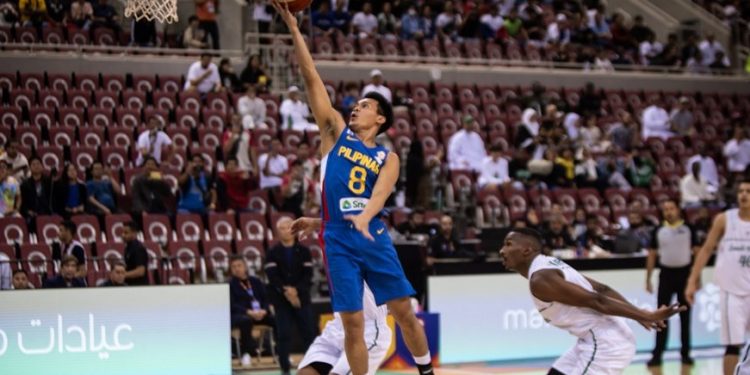 With only one window left before the big dance in next year’s FIBA World Cup, Gilas Pilipinas is looking to be the team coach Chot Reyes and most Filipino fans had wanted – resilient and resolute.

Put to a tough test in the second game of its Middle East trip, Gilas showed those characteristics and came away with a hard-earned 76-63 victory over host Saudi Arabia to complete a sweep of its assignments in the fifth window of the FIBA World Cup Asian qualifiers early Monday morning, Nov. 14 at the King Abdullah Sports City in Jeddah.

The Filipinos, however, had to buck a slow start before RR Pogoy hit his stride in the third frame to fuel the run that gave Gilas the much-needed separation over the pesky and physical Saudis before a good-sized Filipino migrants.

With the win, Gilas extended its winning run to three-straight games to rise to a 5-3 record in the standings and a fitting momentum buildup for its own two-game home stand against Jordan and Lebanon in the final window of the qualifiers in February.

Pogoy dropped 11 of his 13 points, built on three triples in the third quarter when Gilas managed to build the biggest spread of the contest at 16, 50-34.

CJ Perez, who also came alive in the final frame to keep the hard-fighting Saudis at bay, contributed 10 points while Scottie Thompson had another all-around game of nine points, nine rebounds, three assists and three steals.

The Filipinos looked too eager in the first half, squandering opportunities due to turnovers and hurried shots.

Gilas, somehow, settled down in the second frame especially on the defensive end when it held Saudi Arabia to just nine points to take a 31-25 lead at the half.

After the break, that was when the shots started to fall for Gilas with Pogoy drilling three triples to help the team build the largest lead of the game.

However, just when the Filipinos looked like they were about to pull away and rip the game wide open, the Saudis found some answers with their three-point shooting to keep themselves within striking distance.

Timely hits from Sotto, Perez and Ramos proved to be enough to fend off any comeback bids from the Saudis who were led by the 19 points of streaky shooter Mathna Almarwani and the 16 from Khalid Abdel Gabar.