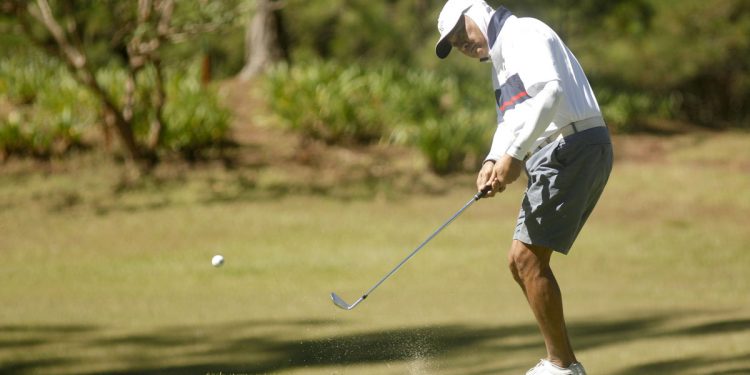 BAGUIO CITY – Manila Southwoods came out with its guns blazing and turned a two-point deficit into a five-point advantage after two rounds of seniors competition in the 72nd Fil-Am Men’s Invitational played at the Camp John Hay Golf Club Tuesday here.

Veteran Jun Jun Plana used his extensive course knowledge to score 38 points spiked by birdied on hole Nos. 3, 6, 10 and 15 that negated a lone pick up on No. 7.

Luisita, out to regain the premier Fil-Championship division crown, got 33 from Benjie Sumulong, 31 from Marty Ilagan, 29 from Dan Cruz and 27 from Chino Raymundo for 120.

Luisita is hoping to make amends when action shifts to the short but tough Baguio Country Club course starting Wednesday.

“I believe that guys have already settled down after 36 holes. The battle now is how to manage our games in BCC. Apart from being good, it also helps to be “lucky” there. Sometimes, good shots are not rewarded and bad shots are rewarded,” said Southwoods captain Freddie Mendoza.

Mamala Bay pooled 118 points to grab third place with a 224 total – thanks to the 40 points of Chris Howard.

CDO fighter is next big thing in boxing ˗ Bambol

CDO fighter is next big thing in boxing ˗ Bambol