Getting to know Blvck Ace 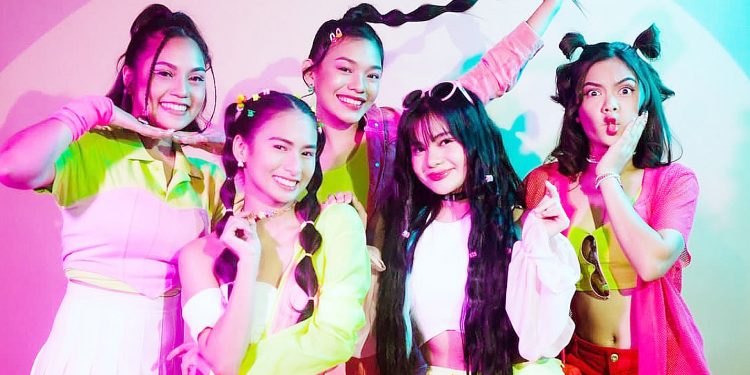 There’s a new girl group in town. They’re called Blvck Ace and they’re out with the catchy “Pasahero.”

According to the group, composed of young, beautiful, vibrant talents Anasity, Ely, Jea, Rhen and Twinkle, “Pasahero” pays tribute to “taxi drivers, jeepney drivers, motorcycle and transport service drivers who are dedicated to bring us safely to our destination.”

Ely adds, “In a deeper sense, the ‘driver’ in the song can be a friend and the ‘pasahero’ naman is anyone who needs help in his or her own ‘journey’ in life.”

But they’re not resting on their laurels.

The group will also be releasing a Christmas-themed tune soon.

“We continue striking while the iron is hot,” says Anasity.

Those wondering what their name means, group manager Engr. Grace Cristobal of Blvck Entertainment explains, “The Blvck stands for power, and we all know that the ace is the highest card in its suit. Both words are derived from the management name, Blvck Entertainment, and mine.”

She adds, “We named the group so because we believe they are the ‘alas’ of the management. They’re our very first girl group.”

Note Grace is a recording artist herself, having released the song “Maulit Man” prior in collaboration with rapper Gloc 9.

“Pasahero” is produced by Blvck Music, the music label of Blvck Entertainment, and is out on Spotify, Apple Music, iTunes, Amazon, Deezer, Medianet, Boomplay, YouTube and other music streaming platforms.

Blvck Entertainment is owned by Grace and her husband, Engr. Louie Cristobal.