by Tempo Desk
in Boxing, Sports
0 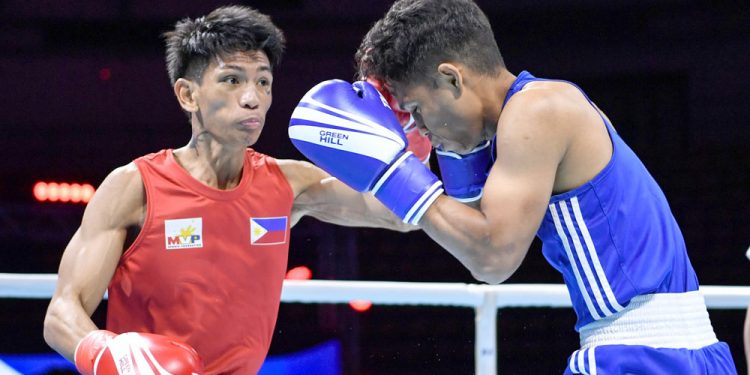 Aaron Jude Bado and Flint Jara scored contrasting victories Monday, Jan. 23, to barge into the gold-medal round of their respective weight categories in the ASBC Asian U22 Boxing Championships in Bangkok, Thailand.

A 2019 Palarong Pambansa standout from Mindanao, Bado displayed his aggressive stance to dominate Qaiyum Ariffin of Malaysia, 5-0, for a spot in the final of the men’s flyweight (51kg) class.

His victory set him up a championship meeting with Thailand’s Thanarat Saengphet, who also demolished Uzbekistan’s Mukhammadkodir Mamirjonov, 5-0.

Jara, for his part, had to dig deeper in edging Mongolian Ganbold Dorjnyambuu via split decision, 3-2, to move a win away from the men’s bantamweight (54kg) gold medal.

A Batang Pinoy standout, Jara scored 29-28 from judges from Hungary, India and Egpyt, while losing in the scorecards of the Turkish and Thai judges, 28-29.

His next opponent would be Nursultan Altunbek of Kazakhstan, who trounced Kyrgyzstan’s Islam Torobaev, 5-0.

Not so fortunate were Jericho Acaylar and Mark Lester Durens, who settled for the bronze medals after dropping their respective semifinal matches.