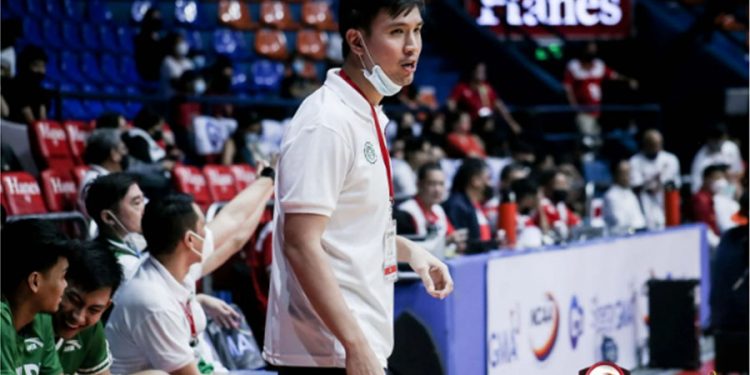 Jose Rizal University pummeled a lethargic Letran side, 87-71, to end its NCAA Season 98 campaign with a bang at the Filoil EcoOil Centre in San Juan City Wednesday, Nov. 23.
The Heavy Bombers took full advantage of Letran’s poor start to win pulling away – thanks to the hot-shooting duo of Ry Dela Rosa and Marwin Dionisio.

JRU, which appeared to be heading back to the Final Four after an impressive first round showing before its turnaround that led to the banishment of controversial forward John Amores from the school, finished tied with Mapua, Perpetual Help and Arellano – all with 7-11 records.

Already assured of a top two finish and a twice-to-beat advantage that goes with it, the Knights – far from their usual deadly form that saw them win 9 straight games – trailed from the start to the chagrin of their avid fans.

With Letran’s defeat, College of St. Benilde finished No. 1, meaning the Blazers will be the one to face the No. 4 seed and vastly-improving San Beda University Red Lions in the Final Four.

The Knights, on the other hand, battle the third-seeded Lyceum Pirates.

CSB coach Charles Tiu saw the scenarios coming, saying the win of JRU was not really a stunner.

In his Twitter, Tiu said: “Wasn’t really a stunner. Saw it coming from a mile.”

It can be recalled that it was the Red Lions who ended Letran’s 9-game winning run via a 91-77 drubbing – thanks to their 14 triples.

Mapua likewise finished its campaign positively with a 75-67 win over San Sebastian.

Dela Rosa sizzled from way behind the arc with a 6-of-14 clip to finish with 22 points, while Dionisio contributed 16 points, five rebounds and three assists.
The Heavy Bombers also banked on Letran’s 17 turnovers and converted it to 18 points and moved the ball well with 22 assists.
Mapua ended its NCAA Season 95 men’s basketball campaign positively with a 75-67 victory over San Sebastian. The Cardinals asserted their might in the fourth period where they outscored the Stags, 29-16, to finish the season with seven wins against 11 losses.